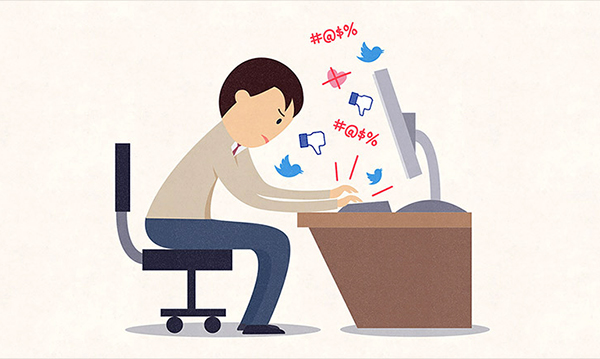 Social media, or as I like to call it, unsocial media (early in the piece for a dad joke isn’t it). Love it or hate it, social media platforms such as Facebook, Instagram and Twitter have given everyone access to forums in which they can speak their mind when and how they deem appropriate. We chase the immediate gratification of a like from a friend, or a comment on your post about how bad our manager is, but who else is watching?

Personally, I cringe at the occasional off the cuff rant that pops up in a form of a Facebook memory from time to time, quickly delete it and hope that no one saw it. This is all from a time when we probably didn’t understand the impact these platforms would have on our lives. If we knew then what we know now, we’d surely think before posting right?

Now more than ever the use of social media by employees have the ability to profoundly affect the reputation of an organisation. Regardless of whether the posts are made outside of work hours or only viewed by a limited number of people if the comments cause damage to the employer or breach an express term of an employment contract then they could be grounds for a termination of employment.

Just this month, the High Court of Australia will hear an appeal about the dismissal of a government employee for tweeting highly critical comments of the government, her employer. The case will grapple with the obligation on an employee to discharge their contractual duty of loyalty and fidelity balanced against any so-called “freedom of speech”.

• whether a distinction between “open” and “anonymous” tweets is valid; and
• whether an employer requirement to behave “at all times” is reasonably appropriate and legitimate.

Whatever the ultimate outcome, the facts of the case serve as a good warning to both employees and employers. There is no free-standing freedom of speech in Australia like other countries.

So, if you’re having a bad day at work think twice about turning to our old friend the internet for a few cheeky likes remember, it’s easy to get caught up in the moment, flustered by an argument or angry about unfair circumstances. However, issues are often fleeting; once you’ve posted, it’s there for all to see!