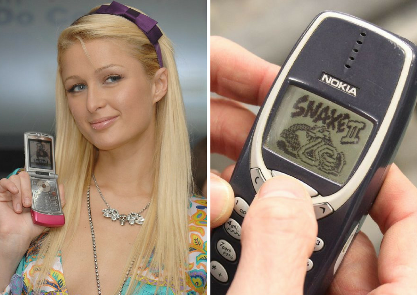 The tech industry is undeniably growing at a rapid rate

The need for innovative technology is unquestionably at high demand- not just for organisations but from consumers. Who would have thought at the start of this century that you wouldn’t need to press a button to unlock a phone, or play a song. For any business wanting to succeed in this digital age, penetrating a new market which steers away from your typical customer can be risky. Therefore, you need a forward- thinking strategy and assurance that you have the resources to be able to prosper. Not being able to keep up with our ever-changing environment, can result in an abrupt holt for any organisations growth.

To put this into perspective, let’s use some classic examples-Blockbusters and HMV. We all have fond memories (emphasis on the memories) with these physical media retail stores. They were the go-to stores to go buy the Britney Spears album in your low- rise denim flares. Then came along Netflix, Spotify, Apple Music etc. These organisations gave an easily accessible way to find films, TV shows and songs, without having to get off the sofa. Blockbusters and HMV failed to grow with change of attitude of consumers, ie. Why move when you can pay a monthly subscription for all the songs/films/TV shows that you need?

What was the result? One Blockbusters store left in the entire world which is hanging on by a thread, and beloved HMV have gone into administration 2 times in the past 6 years.

AWS : Taking a risk to dominate

According to the research consultancy IDC, by the end of 2019, the global IT industry is on track to be worth $5 trillion which is around £3.8 trillion. Therefore, whether you are a start up organisation or an established PLC, going into a market with high demand could be beneficial as a long-term strategic decision.

Amazon have a track record of ‘keeping up with the times’, becoming a competitor for Netflix they created ‘amazon video’. Remember, when buying a physical book was the only way to read a book? Then the Kindle came along. Having to swipe through a playlist to find a song? Imagine simply saying ‘Alexa’ and the song you want and not a finger needs to be lifted, imagine…

From all of these B2C NPD’s, AWS (Amazon Web Services) accumulates over half of Amazon’s profit. To outline the success of this, one in three internet users visit an AWS powered website on a daily basis, even direct competitors such as Netflix are heavily reliant on it. Followed by market leading vendors such as Microsoft, IBM and Google; Amazon is ranked first by Gartner’s Magic Quadrant in the Cloud market. Amazon have accomplished this through diversifying their product range, which have kept them ahead of the game through and helped them grow geographically. Acquisition of company’s such as Think box Software earlier this year and Cloud 9 in 2016 have all helped AWS to have market dominance.

Everyone that was lucky enough to have been born before the 21st century, all remember having that Nokia brick phone that you only really use to play snake and for a few phone calls-but wow it fits in your pocket and doesn’t have an aerial long enough to play fencing with!

Having made their mark and engaging mass appeal for the first time really for a mobile phone, you could call them a pioneer in the market for the 21st century. However, as there was less competition in the infancy of the market, aka the days of channels 1-5 on TV, with the development of smart phones from the likes of Apple and Samsung- Nokia couldn’t keep up. Going from a leader, to a follower, to falling behind just like Woolworths.

However, Nokia is still relevant behind the scenes. The primary organisation provides network infrastructure around the world, they are also in acquisition of ‘here’ which is the mapping software of choice for 80% of cars with built in dashboard navigation. So even though the much beloved mobile phone brand from a B2C perspective fell harder than a tonne of (Nokia) bricks, Nokia have gone through the right strategic decisions to be able to resurrect and come out on the other side.

Who will be the next to make big strides in the tech industry?