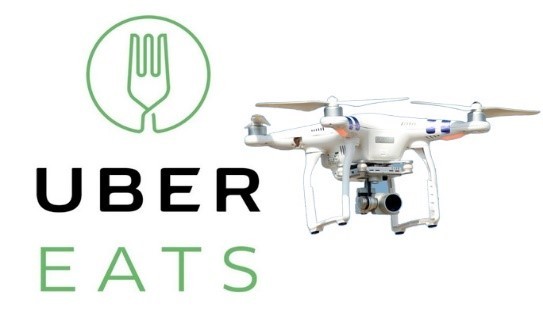 Want to minimise social contact at all costs? According to the e-marketer February 2016 research shows, more than three quarters of US internet users would choose a drone as a form of delivery service.

Uber eats announced their new drone design, which is set to be tested out in San Diego in summer 2020. Drones and delivery robots have been trialled and tested and are still being developed by organisations such as Domino’s, Amazon and UPS. But what are the pro’s and cons to an idea which is perfect for someone that’s that socially inept, they’ll even avoid contact with the pizza delivery driver?

Whether drone delivery service will work or not will be down to the consumers. So, what do they think? According to research conducted by the e-marketer in 2016, the main reasons why consumers wouldn’t trust drone delivery service are; safety concerns, theft concerns and damaged packages. After the drone disruption at Heathrow Airport in January this year, it’s not a shock that people have safety concerns in relation to drones.

Google wing launched their delivery drone in Canberra, Australia in April this year. The drone was used to deliver takeaway food, coffee and medicines. The trials for the drones had attracted complaints from the residents, as they thought the drones were too loud and intrusive. The residents may have thought this, as google weren’t allowed to fly the drone over busy roads, god forbid… suburban housewives were interrupted whilst complaining about their husbands working away too much during the weekly ‘book club’ meeting. Google, you should be ashamed!

A further rule that was set was only being allowed to fly in the day, after 8:00 am. This poses the question… If we had the same rules in the UK, could it be launched in the corporate zoo that is London? And more importantly what about the 3:00 am McDelivery on a Saturday night that you won’t remember on Sunday morning? 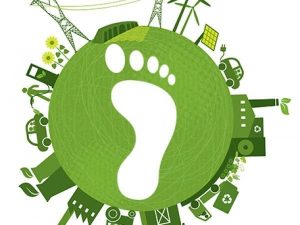 Transport is the biggest polluting sector, that’s why residents of London just love to ride their bicycle (and ignore traffic lights!).

Therefore, one of the main advantages for using drones as a form of delivery service for large corporations, is the reduction of carbon emissions, by using drones instead of trucks, cars, motorbikes etc. If executed this would give Uber Eats a competitive advantage through being socially responsible (and probably attract more #vegans) and using this as the focal point when advertising that this is the USP of the drones.

Research conducted by Lawrence Livermore National Laboratory found within 4km range of a battery powered delivery, consumed less energy per package and per kilometre than trucks. Therefore, drones can deliver packages quicker and can consume less energy than other forms of transport such as cars. As its quicker, drones have also been tested to be used for medical services. Defibrillator drones were tested in Sweden in 2017, it was found that the drones could arrive at the incident four times faster than an ambulance. 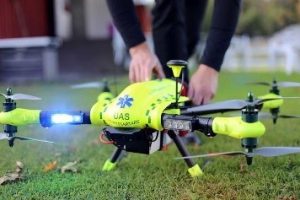 As exciting as technology advances, making you feel like you’re in back to the future are, what about the Uber eats drivers? If there is more demand for delivery drones this means, there is less need for delivery drivers and more need for, let’s say ‘drone experts.

Taking into consideration this information I raise the following concerns to do with delivery drones. ‘Pilots’ for these drones will have to be trained in driving them, how long does it take to be trained in drone driving to be able to ensure they are a safe driver? -what an oh so very 2019 kind of question to ask! The drones have been suggested to soon be able to autonomous so no delivery driver will be needed. Remember when fully autonomous cars were launched, they were meant to make the driver redundant, however Uber were even wanting to create a driver-less taxi service when tragically in early 2018, a woman was killed in a test run in Arizona. Proving that if a human isn’t controlling it, is it safe?

This raises the question, will drones have a revolutionary takeover for all food, drinks and medical deliveries. ‘Timber’, a Singapore based restaurant chain use drones to deliver the food from the kitchen to the tables. It cost them $20,000-$60,000 for each drone, so looking at these figures, it seems large organisations such as Uber and Amazon will be the only lucky ones to be able to afford innovative technology such as this. Therefore, the independent takeaways will have to stick with the ‘old-fashioned’ delivery driver for now.

Question: Do you think delivery drones for organisations such as Uber and Just Eat will work? Do you think it’s safe?