Is your accent making you unemployable? 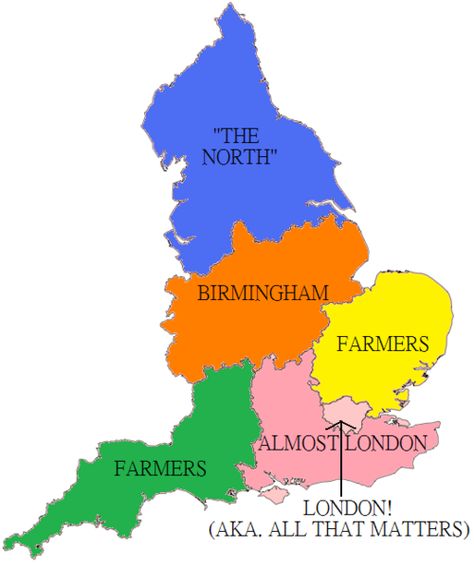 Bring your CV, p45 and the soften your accent
You’ve heard of racial, gender and religious discrimination – ever been judged based on your accent? I’m sure we’re all familiar with the stereotypes that are surrounding northern and southern accents. But does having an accent that is generalised as being ‘common’ make you less employable, against someone with the same skill set as you that is ‘well spoken’? Research conducted by ITV and ComRes found that 28% of brits feel discriminated against because of the way they speak, 14% of people feel this in the workplace and 12% in job interviews. Astonishingly eight in ten employers admit to making discriminating decisions based on regional accents, which doesn’t make it shocking that one in five brits change their accent to sound ‘posh’ in the hopes of securing a job.

According to new research from the universities of Chicago and Munich, if you’ve got a regional accent you’re likely to earn a fifth less than your colleagues. The research suggests that the more discrimination there is towards accents from employers this has demotivating affects on job seekers, as the research indicates workers who have regional accents tend to stay away from high skilled jobs which require face to face interaction. Your accent isn’t innate as it develops from your surroundings but it’s harder to change your accent the older that you get- would it be adequate careers advise to recommend softening someone’s ‘regional’ accent?

You’re either smart or nice
Does your accent determine how intelligent you are? The five most ‘unintelligent’ accents are Liverpool, Birmingham, Cockney, Newcastle and Manchester, however cockney and Newcastle are also both on the top 5 friendly accents. ‘Queens English’ was ranked third on the most ‘unfriendly’ accents whilst also voted first when rated on intelligence. So, if you’re northern you’re nice but you’re not smart and if you speak the queens english you’re not approachable but you are smart – we can’t all be perfect can we?

The divide
Being from the east midlands, I’ve found going to University in Leeds gave me a neutral view on the northern and southern divide. This is what I gathered from my time at University:

As a southerner, if you’re from anywhere above Milton Keynes you are in fact a Northerner. If you can afford £700 a month to share a broom cupboard with a family of rats, you are lucky enough to live in the bubble of London. People generally don’t delve into the northern hemisphere of the UK, because everywhere else is irrelevant right? One of my friends from University who is from Hampstead Heath in north London, before moving to Leeds in true London fashion – thought she was from the north because she was from north London. If no one is familiar with Hampstead Heath- let’s just say if you had a penny for every time you saw a Porsche, you could buy one. Whilst I worked in London for a short period of time after University, I often got told that I was the most northern person they’ve ever met and my colleagues often ridiculed me because I ‘sound like I’m from Yorkshire’- because Nottingham is in fact north of London.

What I’ve gathered from northerners is if you’re from anywhere south of Sheffield you must be from London and the country may as well end at Watford. During my part time role at Sainsburys in my University years, the most common phrases I received were ‘You sound so posh!’ ‘So are you from London then?’ going from being told I sound like I’m from London whilst in the north, to being told I’m the most northern person they’ve ever met whilst working in London – there is quite blatantly no right or wrong opinion it obviously just depends what side of the equator aka midlands you’re based on.

When did the divide begin?
At the height of the industrial revolution the North was ignored by the South as it was purely seen as a source of manpower and revenue. As time’s passed the north has started to make more of a name for itself – and not just because of Oasis. With students migrating to cities such as Leeds and Manchester, Manchester is now described as ‘Britain’s second city’ and is viewed as a cheaper, friendlier London.
The northern southern divide didn’t stem from accents and is most defiantly not a new concept, the pay is generally higher in London when comparing it to the north because costs of living in the south are generally higher- can’t get £1 pints in London. According to neighbourhood.statistics.gov.uk the average working woman in Camden earns £560 a week whereas in Hartlepool near Newcastle the average woman earns £252 a week.

See your accent as a unique selling point when marketing yourself and don’t try and alter your accent based on stereotypes. Avoid regional slang because employers may (in the words of Peggy Mitchell) ‘sling your ‘ook’ – this applies to both northerners and southerners. No matter what your accent is, employers should base your employability on your skills and ability to fit into the culture of the company. In order to stop discrimination, we need to prove these stereotypes to be as incorrect as they sound, therefore never be ashamed of where you’re from.