Network to get work 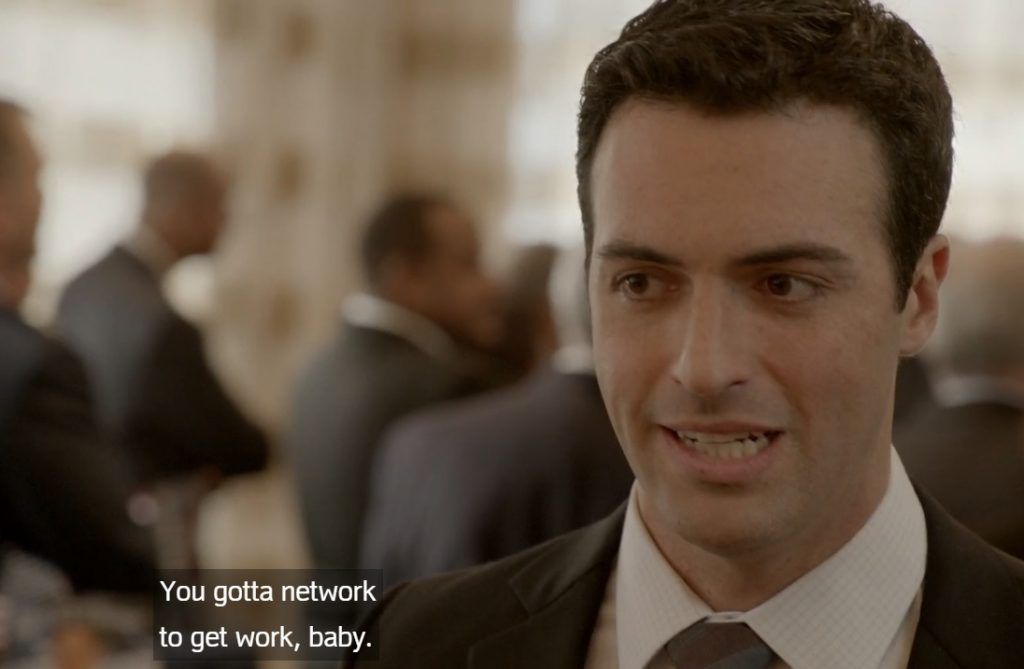 It’s who you know not what you know. Well no, who you know does come in handy when being able to then showcase what you know. For some whether you’re a socially awkward university leaver or 50 years old sales director – networking can seem tedious and pointless. However, surveys show that nearly 85% of employees have found or obtained their job via networking. Networking for me is like exercising, the thought of it provokes a ‘can’t be bothered’ mindset, but then after you’ve attempted it – the results start to show.
How can someone see you if you’re not visible?
If 20 years ago you didn’t want to physically network there was not one or two ways about it – you simply just wouldn’t network. However, a few small things have changed since 2000 – we’ve finally left the EU, Michael Jacksons dead oh and social media! Which means we can socialise with business professionals virtually.
According to recent research from LinkedIn, the main reason why millennials don’t network is purely because they don’t know what to say, this accounts for 49%. For people unsure on networking due to not wanting to delve into a room full of strangers that you’ve never met before, social media can work in your favour. Ease yourself into it by messaging the directors of company’s regardless if they are going to an ‘event’ or not- this allows you to stand out from the crowded job seeker market. Just because they have ‘director’ in their job title doesn’t mean they aren’t approachable; they are in fact human like the rest of us.

According to research in 2016, 62% of people spend at least half an hour on a job application and from my experience the time you spend on numerous job applications it’s rare you get the time back in interviews. Why? Because 62% of people are spending the same amount of time. How do you add personality to a job application? No, I don’t mean put a selfie on there, you’re not applying to ocean beach! On top of the application you should establish an online presence and directly get in contact with the leaders of that company stating your interest in the company/ role or that it’d be great to meet them- even if they aren’t looking for new employees you will still spark interest and get your name recognised.

Know your market but don’t limit yourself
When networking you are marketing yourself to employers and a main marketing principle is understanding your market. If you’re looking to go into the fashion industry, you’re not going post content on your LinkedIn to do with construction. However, don’t limit your network because people in the construction may know someone in fashion. Our comfort zone is connecting with people with similar backgrounds, same interests, in the same industry, there is a recurring theme here- SAME, SAME, SAME. You need to be able to get new ideas from all different backgrounds and professions – just because I work in fashion it doesn’t mean my only interest is fashion.

Mindset
Making connections with people that you can have a mutually beneficial relationship with creates value for both parties- if you are willing to help them then it will make them willing to help you. Look at applying for jobs as a balanced diet you need to obviously be filling out online applications but also networking ie. being proactive by having an online presence and going to events and conferences and get contact details of everyone you’ve spoken to and haven’t spoken to. This ‘hoping for the best’ attitude that a lot of job seekers have or have had – including myself, only holts the progression of your career. For example, I have recently had a conversation with my friend about LinkedIn who is in the hopes of being a criminal profiler but thought the platform wasn’t useful for her profession and she was putting off ever making one. LinkedIn is useful for any profession as it’s not regimented to certain sectors. 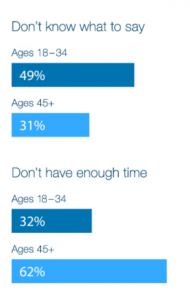 There are no excuses
I was guilty of this whilst at university as I thought being in third year, I couldn’t possibly spear a few hours from my ‘busy life’ of sleeping in till midday, to go to young professionals networking events. In retrospect as a full-time worker I now realise that I had all the time in the world but just lacked urgency- not to generalise it but is the case for a number of millennials. This excuse is more relevant to people aged 45+, as research conducted by LinkedIn shows this is the main barrier why 62% don’t network compared to 32% of 18-34 year olds.
In this day and age there really is no excuse, even if you haven’t got time to go to a physical event you have time to socially network even if it is just before bed or even the ad breaks of love island! Connecting in, responding to posts, posting articles and messaging people of interest puts your name out there- so don’t sit and wait for jobs to come to you.