Innovative Tech solutions in the fight against COVID-19 and boredom 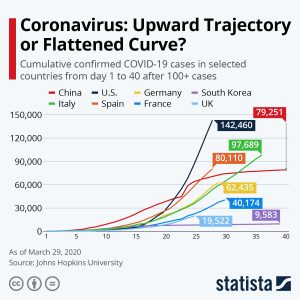 How South Korea are flattening the curve

South Korea’s culture is naturally very social, they live and work in close quarters, they love to eat in the traditional family style, just like England when the ‘footies on’ they’re amongst the world’s biggest drinkers so sharing shot glasses is part of their etiquette. However the density and social culture are also breeding grounds for COVID-19, as the first case of coronavirus in late January went from 30 confirmed cases to thousands in a matter of days and for a period of time South Korea had the largest number of cases outside of China. However, from then until now the country has managed to flatten the curve of deaths and cases out of any other country in the world – but how? The power of technology.

The government are helping to diminish the fear of entering areas that have been infected by pushing out mobile phone alerts with details about confirmed cases and spots visited by those who tested positive. The apps alert users when they are near potentially infected sites. Residents showing symptoms flock to drive-through stations and mobile booths for quick, cheap tests, getting the results by text within hours. Those testing positive, receive health kits with masks, sanitiser along with other supplies; investigators interview them for details about where they have been and who they have been in contact with, requiring those in self-quarantine to provide regular updates via an app.

By mid-March, the number of confirmed cases began to drop, with recoveries outnumbering new infections. More than 338,000 tests have been conducted, with more than 8,900 coming back positive. Of them, 111 have died, putting the mortality rate at just over 1 per cent. However, like the UK the vigilance continues, schools and many businesses have been closed and entry measures tightened as South Korea girds against cluster infections and infections from overseas arrivals. 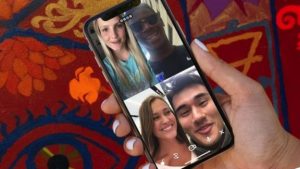 Technology that’s curing boredom
Whether you’ve taken up cooking, reading books or even become a home workout athlete like the Chinese marathon runner who completed 318 miles in his living room – like myself you’ll probably find yourself doing things to fill the time. Like Gordan Ramsey the chef who is famous for being fouled mouthed and cold hearted, is now posting Tik Tok dances with his children. But sometimes all you want to do is chat and have fun with your friends with a cold beer in your hand (not corona). Whilst Zoom and Microsoft teams have risen to fame for professional conference calls and even interviews, the house party app is now being used by the nation as a means socialising with numerous people once. According to Apptopia the app rose from an average of 130,000 users a week in mid-February to 2 million a week in mid-March. The app was initially launched in 2016 and had a youth focused target market, now according to data monitoring firm ‘App Annie’ suggests downloads from British users increased by 1,120% from February to March. The idea of the app is just like a real life house party you bump into people you may not have been expecting to see, people can join the conversation if they know just one person that’s on the call which means people you would have never met before can ease drop on conversations.

It’s not just your average Joe that uses this revolutionary app either, politicians and celebrities are also users of the app. Four cabinet ministers are users including Matt Hancock who is currently self-isolating with corona virus. But just like real house parties – the party couldn’t last forever. Users have taken to twitter, Facebook and Instagram to state their Netflix and Spotify subscriptions have been accessed by third parties and even hacked their bank accounts – which including myself has resulted in millions deleting the app of their phones. House party took to twitter to deny all the claims that the app was set up to hack users data and states there is ‘no evidence’ to these claims. They are even offering £810,000 to anyone who can provide evidence they are a victim of a smear campaign – could you become a self-isolation millionaire?