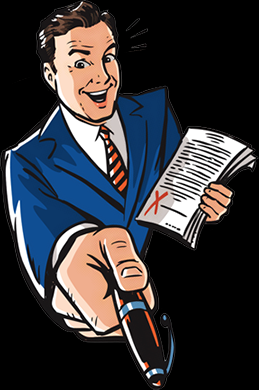 Whilst women are massively under-represented in the technology market there is still a pressing issue of gender bias in various industries of the workforce – with the level of seniority also being predominantly taken up by males. Having worked in a sales environment funnily enough I was the only female working there and I also the only person who didn’t ‘sell’. Why? It’s been made apparent to me that stereotypes play a key role in creating bias in the workplace, in the context of technology the Bill Gates/Mark Zuckerberg stereotype has contributed to the concept of a role in the sector not seeming applicable for females. What image pops into your head when you think of sales? An ego driven man in a pin striped suit, you know your typical car salesMAN? But why?

Should there be a ban on the term salesman?

We live in a country where gender equality is at the top of the agenda, according to LinkedIn just 39% of sales positions in the UK are taken up by women which has had only a small increase of 3% in the last 10 years. Through my own research this is some of the suggestions as to why there isn’t gender equality in sales roles:

To be completely honest these suggestions infuriated me to say the least, if a ‘manly atmosphere is intimidating’ surely this insinuates that men have more dominance and power than women? And what exactly is a ‘manly atmosphere’ because if there is one what does a female atmosphere look like? And of course, women are only made for birthing children? Because we obviously only care about the stability for our children that may even exist and perhaps never will? Furthermore, if women do have children who says they can’t enjoy a fast-paced professional structure and are also motivated by adapting to new environments and being challenged. There are many causes to the underrepresentation of women in the workforce however it seems that having to ‘fit’ into the characteristics of a female, male and other genders is resulting in people conforming to what the stereotype tells them.

It starts with education

I have always had a keen interest in gender stereotypes and the root of the cause as our childhood development has a crucial role in determining our future life choices. A report published on the 2nd conference of the council of Europe National around Europe’s Gender Equality Strategy 2014-2017 concluded that the curricula and knowledge that’s transmitted to pupils as ‘universal knowledge’ is for the most part experiences from men. Male issues are always present in the curricular and female’s remain the outsiders – for example the experiences of women in historical events have been absent. Males seem to be educated for public and economic life while girls are educated to care for others. Gender mainstreaming has not yet been put down to the education structure as policies have not extended down to practices in schools. Of course, this is a long-term fix for the generations to come, so how can we make a difference in the meantime? Putting a stop to placing someone’s actions, characteristics and life choices down to someone’s gender to be able to categorise them into their box would be a start.